Normally, these stories start with a girl that I met. This one is about a girl Nad (my roommate at the time) met. He worked at the Circle K up the road from our house, and I guess he charmed his way into getting the phone number of a small redheaded girl. Err.. woman. She was 20. Whatever you wanna call that. I’m not sure how this happens, but I can think of at least 5 times where Nad has hit on a woman and their first date was that woman and her friend. Not like a threesome — more like a “keep me company in case this sucks” 1I actually don’t really know the logic behind bringing a friend on a date — but it definitely wasn’t “let’s have a … Continue reading. This girl, let’s call her “Pixie” (that was her nickname), was no different. She invited Nad out to an 80’s throwback arcade called Reagan Days, and he said “she’s bringing a friend — you wanna go?”. Classic 80s arcade games and a potential date? Fuck yeah, count me in.

When I went in for the interview, I met with a man named Joe. He had his own little backroom department, which was about 6 desks with computers set side-by-side. One chair was empty, and Joe said “that’ll be yours when you start!”. The job was a bit confusing : these guys were designing single-page landing pages with a series of teaser images on them, which linked to other sites and join forms that tied into a larger mega-site. Between the lighting, the cramped space, and what seemed like the futility of making bullshit one-page sites to build false traffic, I wasn’t exactly excited about the gig. But, it was better than working at the silver jewelry store where I was currently working.

I was supposed to start work the following Monday. When I went in, the whole team had been laid off and Joe was fired. Apparently, I wasn’t the only one who thought Joe had a shit idea. They gave it a solid try for almost a year before the heads of the company pulled the plug on their whole operation.

I was back to square one, and back to the silver jewelry shop — who had no idea I was pining for a porn job in the first place. Meanwhile, Anna and John were on the rocks and she came over to pick me up for hanging out with Nad and Pixie. I got excited by the prospect of getting back into web design when that job disappeared, so I’d pulled an all-nighter the night before trying to find another web design job. When Anna showed up, I asked her to let me get a quick 30-40 minute nap in. She kept poking and prodding at me and I said “if you keep doing that, I’m going to hold you down and shove a tongue in your mouth”. She lifted up my shirt and ran her tongue from my navel to my nipples. We were late meeting Pixie and Nad, smelling of furious sex, but dually claiming “ohh Mitcz had to take a nap”.

About a month later, I found a posting online for a job near my house. I shot off my resume, and got a reply the next morning. They wanted an interview, so I went in. It was the same place that John/Joe worked. When I sat in the boss’s office, I told him I’d interviewed here before, for a different job. As soon as he heard Joe’s name, he said “ohhh… okay, yeah… be glad you didn’t get that job. that whole department was a waste”. Because I’d actually been offered the job by Joe, and I understood what kind of content the work entailed, and because the job with Joe would’ve been about a $10/hour job, the boss hired me on the spot. He slipped me a piece of paper, saying “tell me what you think of that number”. It said “34,000”. I said “I don’t know what to think — what is this?”. It was a salary offer. I didn’t do the math on what that meant weekly, but it sounded pretty good to me. I took the job. It later turned out that he was expecting to pay at least $45k for a new designer, but since I’d been willing to work for Joe not a month prior, he figured I’d take a lower salary. He was right. It’s a funny thing, working in porn. People outside the industry seem to think you’ll walk around with an erection all the time, and talking like filthy animals. I think 10 minutes into my first day on the job, all naked parts just became shapes and colors that I had to account for in my designs. It’s remained that way ever since. This doesn’t mean I don’t get aroused by naked women — something that many women I’ve met assume to be the case — it’s that I don’t have any arousal towards a naked photo of a woman who isn’t specifically trying to make me see her naked. A snapchat nipple-slip from a female friend is immeasurably more arousing than all the photo sets I process weekly for GodsGirls 3no offense to the GodsGirls models, of course. 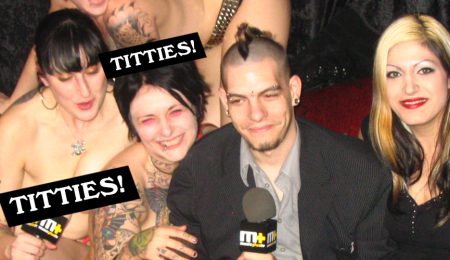 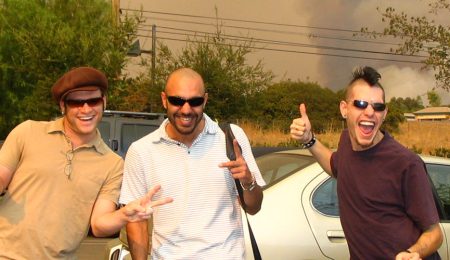 When Playin’ It Cool Goes Wrong