(If you missed Part 1 and/or Part 2, you’re gonna be confused)

A few weeks after our wild first weekend, I had a cold and she picked me up and said she wanted to take care of me. She made soup, jerked me off, tucked me into bed. That’s a wonderful way to take care of a man. She said she was really falling for me, and I said I felt the same way, but I was trying to be cautious. I had ended a 3.5 year long relationship only a few months prior, and I didn’t want to rush into anything. She said “I totally understand. And I respect that, and I don’t want you to do anything that makes you uncomfortable. It’s fine. But, so you know, there will come a day where that’s not fine anymore”. I said “please tell me when that time comes” and she agreed. I’ve since learned that women do not tell you when that time comes. They expect you to know.

The Holidays were coming up, which meant – for me – a lot of traveling. For Thanksgiving that year, I went with Nad to San Diego. Lauren said she was going to her mother’s house for Turkey Day. As Christmas approached, I got invited to the Vivid Christmas party. Yes, that Vivid (NSFW Link) because I was one of only two web designers on the team that handled all of Vivid’s online properties.

Because Lauren bore a very similar resemblance to Tera Patrick (NSFW Link), I was hoping I could get the two of them together for a photo. Alas, Tera’s a busy lady so she only dropped into the party long enough to have a drink, say hi to a few people, then leave. It was at this party that I finally met Steven Hirsch (the founder of Vivid). I’d spoken with him on the phone a few times, and we’d emailed back and forth, but we hadn’t actually met in person. Turns out : he’s a really nice guy. And surprisingly complimenting. He knew my work, and referenced things I’d done that he liked. Since I was in charge of most of Vivid’s online appearance, I took great care in keeping a uniform brand throughout. When I started, they didn’t even have an official logo – changing it up on every release they made. While rooting around in some assets on their servers for hi-res imagery of the Vivid Girls, I found a really nice logo that never got used. I brought it into Illustrator, cleaned it up a bit, and used it on everything I made from there on out. At the time of this Christmas party, there were little TVs showing an animation of the logo stacking itself together — just like I’d made for one of their websites — and Steven Hirsch said “we liked that animation you made, so we had it recreated for video. It’s gonna be on all of our products going forward”. That was an honor, and it’s that logo you’ll see when you drive past their headquarters in Universal City. Because this wasn’t a party thrown by the company I worked for, but by our client Vivid, it was a lavish open-bar affair. We, along with my friend / neighbor / co-worker Jim, and his girlfriend, shared a van-style cab so we were free to get properly shitfaced. Which we did. And it was glorious. What I liked about Lauren was that she could work a party without needing to be led around the place and babysat. She partied and danced with all the girlfriends and wives, while us fellas sat back and had cigars and drank and laughed. By the end of the night, we were all barely standing. She even fell as we waited for our cab, then posed for a photo that I’m not sure was a “ta-da!” or a dick joke.

A few days later, I drove out to Phoenix for Christmas. I invited Lauren along, but she said she was just gonna spend the time with her kid (did I mention she had a son?), and her mom instead. She was there in spirit, though. See – she worked for a pretty famous makeup company that was all the rage at the time (I’m told), and my sister loved their makeup. So, Lauren had a special package put together of probably $500 worth of product : limited edition stuff, special brushes, and even upcoming styles that weren’t out yet. Naturally, my sister was ecstatic and I’ve joked many times that she probably wishes it would’ve worked out with Lauren and I for perks like that if nothing else.

My sister invited us out for New Year’s Eve, and Lauren agreed. So, we took a road trip. The odd thing was, whenever I was driving us somewhere, Lauren would turn towards me and just stare for most of the ride. The same thing applied even on a 5+ hour drive to Phoenix. She said “you’ve got such an interesting face.. I just like watching you”. There was also some road-head, cause she was just that kind of awesome. At one point, we had this conversation :

Lauren : I just don’t know what to call you
Mitcz : Uhh.. Mitcz? Pretty much same as always, unless you wanna go back to ‘Sir’?
Lauren : No, no, I mean in context. Who are you?
Mitcz : I’m not understanding 1you’ll notice the recurring theme that I’m an idiot at “clues” with women
Lauren : Well, like, when I tell people about you I don’t know what to call you
Mitcz : You don’t just say “ohh, this dude I’ve been fucking”?
Lauren : (gasps) What? Is that what you say?
Mitcz : Well, no. Anyone I’d talk to about you knows who you are
Lauren : But do you say we’re… dating, or something?
Mitcz : Yeah, dating. That’s what I’d call it
Lauren : Okay

If you’re playing along at home – that “time will come” was… right there. I didn’t know it at the time, but it seems partially obvious in retrospect. I’m sure every woman reading this right now is thinking “partially obvious? you idiot!”. But, c’mon, I’m a dude. Not a mind reader.

On our drive back, Lauren said she had a business trip coming up the next week in San Francisco. She had a hotel, and a driver, and said we’d have a great time. I really wanted to go, but I had a friend from Canada coming into town to pitch some TV shows to networks and I agreed to help her do some punch-ups on scripts. She asked if it was a woman I was fucking — and it wasn’t. It was a woman I’d only ever talked to online, and I tried to make it clear that this was a business relationship. Which it was. At the time. Until she came to visit.

Lauren flew off to San Francisco for a week, and I stayed behind to hang out with my friend. That friend — who’s now a celebrity — reads these stories and, while she drunkenly requested I write a story that name-checked her, I just reminded her of that and she said “jesus christ. I must’ve been drunk when I said that”, so… now she’ll stay anonymous.

What transpired in the time Lauren was gone is where this story takes a turn into fucking weirdville. What happened later, however, is even more insane. 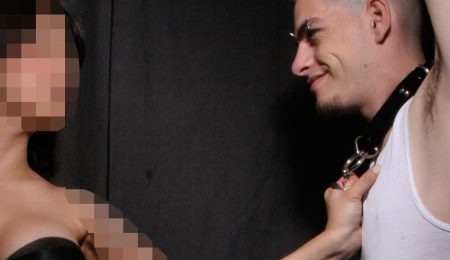 The Craziest Woman I Ever Dated (Part 2) 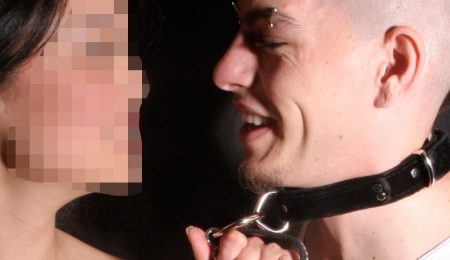 The Craziest Woman I Ever Dated (Part 4)
NSFW

The Craziest Woman I Ever Dated (Part 5) 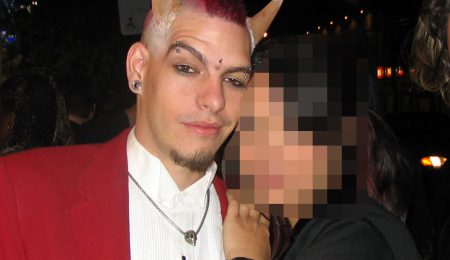 The Craziest Woman I Ever Dated (Part 1)
Close
Search Mitcz.com