I’d been planning it for awhile. Spurred on by the reactions I saw when a new kid joined our “crew” in my Sophomore year – James – who had his tongue pierced. All the girls wanted to kiss him. He was somehow instantly sexy, by virtue of a steel bar in his mouth. Not to say that he was unattractive — but I think the tongue piercing helped. I wished, at the time, I could test the theory myself by getting one of my own. My mom was having none of that. After piercing my ears 11 times (10 on my own, once by Terri sneaking up to me with a piercing gun when she worked at a shop in the mall that had an ear piercing booth within it), she laid down a decree : “no more piercings until you’re 18. When you’re 18, you can do whatever the hell you want”.

I tested that theory when I was about 16 and pierced my nose one night. She picked me up from work and I leaned my head forward so my long hair would obscure the ring in my nose from her vantage point. She asked if I was okay, I said “yeah, just tired”. She leaned forward and saw the ring. “Ohhh… so that’s why you’re hiding”. In 6pm traffic, on a 4-lane road, in an SUV, my mom slammed the brakes and the car turned a full 180 degrees, facing oncoming traffic and said “TAKE IT OUT!”. Knowing she wouldn’t move the car until I did, I acquiesced. “Sheesh mom. it’s just a nos..” – “SHUT IT! YOU KNOW THE RULE!”. Because my step-sister was so g’damned out of control, my mom needed moments like this where she could still parent and put her foot down.

The night before my 18th birthday, my mom asked if I was “still going through with that silly plan of piercing [my] tongue!” – I told her “of course”. She reminded me that I had to take my senior photos later that day, so she didn’t know how I’d find the time. “Oh, I’m calling myself in tomorrow”. She sighed. After 18 years of “…when you’re 18, then you can….” remarks, that particular chicken had finally come home to roost.

I woke up early the next day, called the school, and said “yes this is Mitch Marzoni, I’m calling in sick for the day”. They said “you can’t just call yourself in”. I was worried. Had all my older friends lied to me about calling themselves in? Did I need to do some paperwork or something? She continued “you need to be 18 years old to do that” – I perked up – “I am 18 years old. As of today”. She said “oh. sick on your birthday? how convenient. try not to make a habit of this, please”.

I was home free. I was an adult. My first two adult decisions were : 1. shirk all responsibilities for a day, and 2. puncture a hole in my tongue for fun and fashion. To this day, I still refuse to work on my birthday, and I’ve yet to break that rule. I’ve even quit a few jobs over that. Once or twice, I pulled out the line “as a Satanist, my birthday is a religious holiday for me, and this is religious discrimination” – mostly as a joke (cause pullin’ that “my religion is important!” shit always seems lame to me) – but it still did the trick of letting them know I was serious about my birthday.

I don’t recall who drove me to the shop, but I remember thinking it’d be a bad idea for me to drive myself. I went to what was, arguably, the best shop in town. HTC in Tempe, AZ. That shop is legendary – and still standing. It was founded by Steve Haworth, who was the first person to do some of the more extreme body mod procedures on people (like the “metal mohawk”, implants, things like that). I decided I was gonna do it right by going all the way out to Tempe 1if you ever wanna separate Phoenix people from non-Phoenix people, show them the word “Tempe”. If they say “temPEE”, … Continue reading. My piercer was Glen. I remember that because I returned to him, specifically, several times over the years.

The process itself was pretty straightforward, and it barely hurt at all – a slight pinch and it was done. I just.. couldn’t really talk. During the healing period – 2 weeks – I was told to rinse with Listerine twice a day and after eating anything. Also, no smoochin’ during those 2 weeks. Really took the wind outta my sails on that one.

I spent some time shopping around on Mill Ave in Tempe (where all the cool shops were), then headed home. When my mom came home, we went to the studio for my senior photos. She and the photographer had quite a few giggles at my expense, as I tried talking with a swollen and sore tongue, talking about “ohh kids these days” and making no sense of my… well, only, adult decision at that point in my life.

But, goddamnit, I had my tongue piercing. And I felt happy, and proud, and sexy. Whether or not having a pierced tongue affected women’s behavior towards me, I don’t know. A lot of crazy shit ended up happening during those two weeks, and a few weeks thereafter, but it’s probably just that my confidence changed. I felt like I had a very small superpower, not unlike how I’d come to feel a few years later when I’d undergo the same process for my dick piercing. 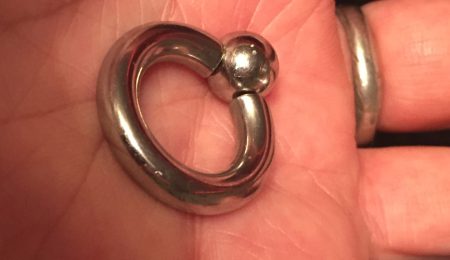 I love my dick so much, I bought it jewelry 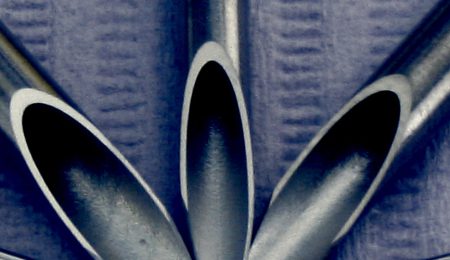 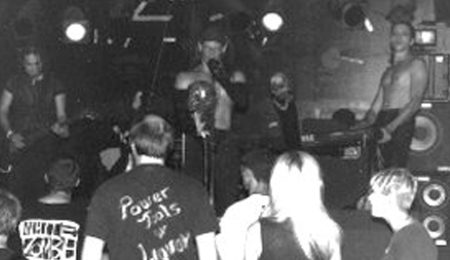 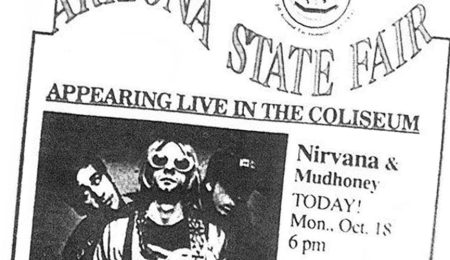