In 2004, I moved to Hollywood (from Orange County) with my buddy Nad. It was a pretty small and dingy place, only a window a/c unit, 1 bathroom, two small bedrooms and a tiny little kitchen. The manager of the place was this older gay man that was clearly in over his head as a manager. He didn’t seem to know anything about rental laws, and despite his otherwise clean apartment, could never find paperwork when it was necessary.

The apartment itself was on Bronson & Franklin : right next door to the famous Scientology Celebrity Centre. By right next door, I mean if I’d fallen out of my bedroom window, I’d have landed in their parking lot. It was a great little area – across the street from the UCB LA theatre, “Birds” restaurant, a kitschy little coffee shop, a bookstore, several little restaurants, cafes, brunch spots.

At the time, I didn’t really know much about Scientology. Just “they seem freaky”, and the occasional weird story about how certain Scientologists acted. I didn’t even know the Celebrity Centre was a Scientology building. The signage at the time didn’t make it obvious, from my apartment’s angle of view. I remember finally seeing the Scientology logo somewhere on or around the building and ran over to my friend’s apartment to say “did you know that…” and, yes, he was well aware. After that, I started noticing other things : the “cops” I thought just casually walked around our neighborhood throughout the night (and sometimes during the day) weren’t actually police – they were Scientology security guards. This kept the neighborhood surprisingly safe, so I didn’t mind it too much.

Around the time we’d moved in, the complex across the street from us was emptying out. Everyday, there were three or four moving trucks at a time. Eventually, it was a ghost town in that complex. You could see into all the rooms – just bare. No curtains, nothing. Over time, the rooms began changing. You’d see the same layout in every room : a twin-sized bed with brown blankets, a desk in the corner with a little lamp, dark brown curtains on the windows — but usually left open. We got pretty curious about what was going on, but — naively, in hindsight — assumed the building was bought by new owners that would rent them out as pre-furnished apartments. One morning, I woke up to what sounded like a parade. I looked out my window, and there were about 50+ people standing in the lot, repeating after a leader. Like it was a morning exercise routine or something. They filed into the main building and I forgot all about it. The following morning, I looked out to see a single-file line of folks in white button-up shirts and black slacks filing out of the complex across the street. That’s when I realized — the building was meant for them to house their “employees”. Every morning, this single-file line would roll out to The Centre, then every night, the single-file line would file back into the complex.

Every Saturday morning for about 3-4 months, they were holding a garage sale at that complex. The entire underground parking structure was filled with people’s stuff, and they’d sell it off every weekend. But, not at normal “garage sale” prices, it was like they looked everything up on eBay and priced things accordingly. I figure this was probably the personal effects of the new tenants of the building, and Scientology had decided they didn’t need their stuff anymore. I remember one night, looking across to a room with the curtains still open, seeing a man in his 20s sitting on the bed, flanked on each side by two other men who were pointing at him, yelling at him, for probably 20 minutes straight. He had his head down, he was crying into his hands. They eventually closed the curtain, and it was months before that room was occupied again.

One time, my girlfriend at the time was visiting me with some friends. On their way out, her friend opened the passenger side door while I was opening the gate of my parking garage – thereby getting the door lodged between gate slats, making movement in or out impossible. I walked out to the street to get a cellphone signal. I was there for only about a minute before a semi-secret door opened in the wall in front of me, and a man came out and asked what the problem was. I showed him the gate, and he said “okay, hold on”. About two minutes later, another man emerged from the semi-secret door with a full belt of tools. He was a gate repair technician. He disassembled the motor, manually moved the gate for us, and my friends left. They had a goddamned gate technician just chillin’ in their compound, ready at a moment’s notice? Shit was wild.

Sometime around July, we got the news that Scientology had purchased our building. Ours was the last hold-out — they now owned this block, and they installed security cameras on top of fake light poles every 30 feet on both sides of the street. After that, they installed a new manager in our building – who was never home, and refused to answer his phone. The security guards would occasionally post up in our elevator for hours on end. They kept a close watch on our complex, while we waited to find out when we’d have to move. It seemed like forever before any official word came down. In the meantime, they’d post flyers up in our building – fake eviction notices. The clever bastards never put a name or an organization on them, probably so they could feign ignorance if we were to get legal on their asses. A few of my neighbors took the bait, fearing it being a real eviction notice, and moved out. I knew they couldn’t force me out without a 60-day notice and a check. (Thank you, Internet). In August, they put notices on our doors, telling us they were having a big event and “out of respect for our neighbors, we’re letting you know it will be very loud”, offering to get anyone who wanted it a nice swanky hotel room for the night. I didn’t take the bait on that one, either. I figured “hey, make some noise! I don’t mind!”. All week long, they were building some huge structure in the parking lot. Over time, it became obvious that it was a stage. The night of the event, I was on a weird sleeping schedule so I woke up around 8pm to the sound of an audience clapping and hollering. I looked out my window to see 1000 faces staring up at me. I looked down and… Tom Cruise was standing a literal stone’s throw from my window. I ducked back down again. “THIS is why they didn’t want me in the apartment tonight!”, I figured, from a security angle. If that was the U.S. President, I would most certainly not be allowed to just be chillin’ 20 feet from him like that. I wish I could’ve gotten a photo, but I thought they’d almost certainly see me and I’d have my door busted down. Would that have been legal? I don’t know. I didn’t want to find out.

Eventually, they served us our “walking papers” in January 2005. Nad and I found a place a mile away and were moved in by mid-February. By around mid-March, I was getting pretty pissed at them for not sending my check. I’d call, get the runaround about “someone will call you back shortly”, and I’d hear nothing. After calling twice a day for 2 weeks, they finally said “come on down to The Centre and pick up your check”. I had to go into the belly of the beast. They kept a close eye on me, kept asking me if I wanted a tour. Or something to drink. Maybe a free personality test? Want to know about the history of The Centre? “No, I’m here for my check and I’m leaving”. I got my check, and laughed. Not only had they written it the day they delivered their 60-day notice, but they had it addressed to the apartment I was moving out of. Fucking assholes.

And, now, I leave you with this – a scan of the check itself. Look and behold, for you will rarely ever see a check from Scientology, as they’re mostly checks to Scientology… 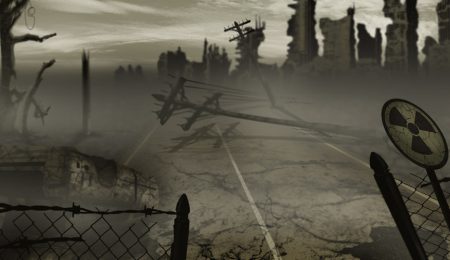 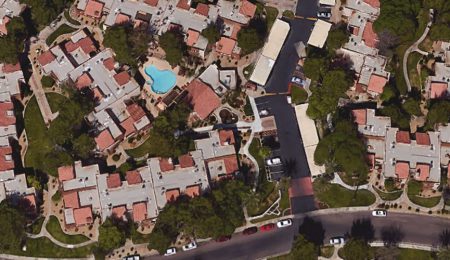 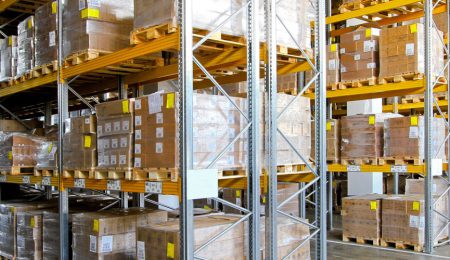 The Worst Job I Ever Had
Close
Search Mitcz.com