In all the stories I’ve told of dating, or sex, I’ve never revealed anyone’s identity or name. It’s not my style. But, this one’s different for many reasons. The first of which is that I have explicit permission. Also : she’s written about us. And it was later immortalized and illustrated in Heavy Metal magazine. While her story is more poetic and beautiful and to the point, mine is going to be longwinded and encompass us as a biography more than “so this one time…”. The story of Stoya is not one about sex, however, despite that being what most of you think of immediately when you hear her name. It didn’t start as sex, and it’s not about sex now.

Stoya is not only one of my closest friends, she’s my podcast co-host, the president of the company we started together, a touring partner, and one of the Great Lights in my life. To explain how it all came to be, we have to roll it way back to 2006.

Yes, another story about a sexworker that begins from my days hosting Aural Salvation.

What I was doing towards mid-2006 was having a “GodsGirls Day” on the show, where the owner of GG would send a crop of fresh-faced models to hang out on the show and talk to the at-home audience, answer weird questions, play silly games, flash their goodies, and we’d all have a good ol’ time. Those nights were ratings blockbusters. I’m sure there’s 1000s of people who still fondly recall waiting all week to catch a glimpse of free live titties on my show while I tried to corral the whole thing into something resembling an interview.

One of the newest models on the site was this girl Stoya. GG Members in the forums1for the uninformed : I became the GG webmaster shortly after their launch, and still am were losing their shit over this girl. Every set she was featured in would get liked, fave’d, and commented on in fawning fashion. Don’t get me wrong, she was a hot little petite thing and had a really devious smile behind her innocent-looking demeanor. But this was a site full of every type of girl you could imagine, so it seemed odd that she had an almost celebrity status.

The night she came to Aural Salvation for the GG show, she had to walk up this steep driveway to the studio. As did everyone. Stoya, however, was ill-equipped for the journey. She was in platform plastic heels, smoking a cigarette in one hand, talking on her phone in the other. I said “you’re gonna eat shit! Let me help you!”, she smiled and put up a “please, I’m on the phone” index finger. I thought “great, another diva”. I walked down the hill to get near her, knowing she was gonna eat shit. I don’t think she liked that – “who was this stranger standing so close?”, she probably thought. Sure enough, she slipped and just before smacking her knees on cold pavement, I grabbed her. She said “let me call you back” to her phone companion, hung up the phone, and said “piggyback?”, and I gave her a piggyback ride up the hill.

That’s when I got it : Stoya is magnetic. It’s more than just charisma and kindness, she draws you in. She could ask a complete stranger for a very specific, difficult favor, and they’d – in all likelihood – just do it, even if they had no idea who she was. Though, frankly, she’d probably never do that.

A few days later, GG was hosting an event in Hollywood near my apartment. When I showed up, the GG founder said “Now, Mitcz, be on your best behavior. And make sure this one…” (gestures to Stoya) “…doesn’t drink. She’s not old enough to drink”. Oh. “Got it, boss!”. This is the night I learned : you cannot reign in a Stoya. I’ve never seen it done, and I’ve witnessed the carnage in the attempt. About an hour into the party, I saw Stoya knocking back what looked a lot like a whiskey-coke and said “is that alcohol in there?”, she nodded and smiled and finished swallowing. I said “I’m supposed to make sure you don’t drink”. She took a giant swig of what was left in the glass and spit it all over my face, laughing hysterically about it. I said “oh, great, I’m covered in whiskey”, and got “let’s take a picture!” as a response. Here she is, licking the whiskey/coke she spit all over me off of my face

About a week later, she hit me up on GG with the simple message “I’m hungry!”. I asked how I could help and she told me to come pick her up so we could grab a bite. Not one to turn down awesome dinner convo, I obliged and we went to some little diner near her place. While I was driving her back to her place 2editor’s note : Stoya still doesn’t even have a driver’s license, and I’ve never seen her so much as sit in a driver’s … Continue reading she said “I don’t wanna go home yet, I’m enjoying our conversation. Let’s just drive around”. And so we did. About 5 minutes into the drive, she disrobed entirely, probably trying to see how I’d react but also cause she fucking hates wearing clothes (as I would come to find out, and it’s still the case today).

Driving along, smoking, talking, her being naked and free, laughing all the way became a regular event for us. I’d pick her up around 9-10pm, she’d almost immediately get naked, and we’d drive sometimes until the sun came up. While I never tried anything, she would tease me constantly to try and get me to break my “oath” that I wouldn’t sleep with GGs (though I did so pretty regularly, it’s fun to deny people) — for instance while I would normally light her cigarettes for her while lighting mine, she once stuck the filter inside of her for a second before putting it in my mouth and saying “could you suck on that and light it for me?” laughing at me maniacally. Which brings us to (part of) “The Story“, of which I referenced early on in this article. It was around 3am in our journey and she told me she’d never been to a CA beach. Having just recently met up with my sister and mom in San Diego for breakfast, I somehow had a perfect memory of how to get to that specific cafe right there on the beach. I said “I think we should go to San Diego, grab a bite at this little cafe I went to, and we’ll walk along the beach”. She was keen, but needed a nap.

When we arrived, I woke her up to the bad news that it was apparently still too early for that cafe to open. She, eyes half-open, simply pointed at the open Starbucks near where we parked. I grabbed us some coffees and we walked on the beach.

After I snapped a photo of her walking on the beach and we finished our coffees, we were both getting tired so we headed back. It was now Sunday morning in San Diego and as I pulled onto the freeway to get us home, Stoya said she owed me for the coffee. “No, no, it’s fine – it was like $2. I don’t care”. She demurred. She threw the money at me, I threw it back. She said “you’re taking this money”, and unzipped my fly to put it into my pants. Back then, I didn’t wear underwear, so when she reached in to put money in my pants, she felt dick and just started stroking and then sucking. My attempts to play it cool were over, but getting road-head and finger-fucking Stoya on the San Diego freeway on a Sunday morning was worth it.

After that, our nightly drives were a little shorter — save for “The Story”, when we drove to what we thought was an abandoned patch of desert — and would turn into, instead, her coming over to hang out and watch movies and bang around. We never made it a “thing”, and we never discussed “what this was”, and I don’t think we ever had a conversation about stopping. It just, one day, stopped. While we were both dating multiple people at the time, and continued doing so afterwards, what we had as friends was never affected.

We had formed a bond, broken through any awkward barriers we may have otherwise had, and entered a lifelong mostly-platonic partnership. 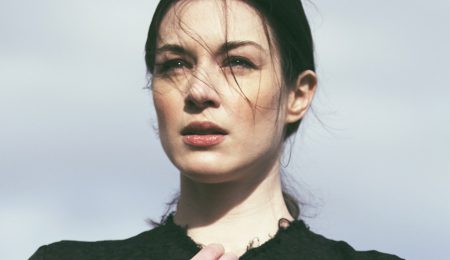 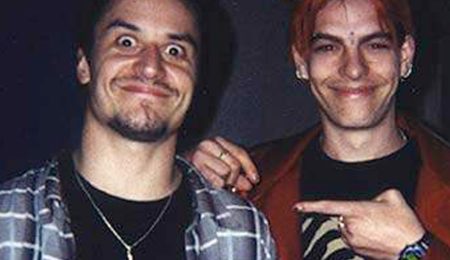